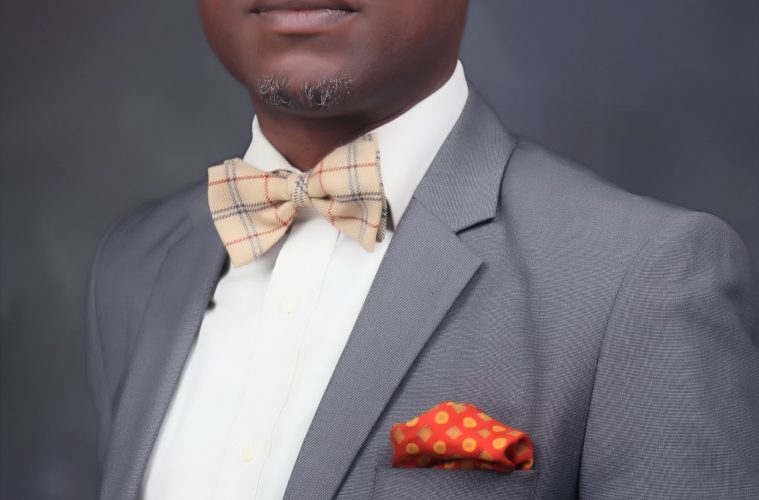 In Cross River State, the battle for the political soul of the state is intensifying. Lately, the state has been agog with gale of endorsements for the governor. This has ignited a flurry of activities in the state. We recently spoke with one of the emerging key players, Kammonke Abam, the CEO of Profiles & Biographies, who has expressed interest to run for senate in 2019 to represent Cross River Senatorial District. He took out time to speak to journalists about his ambition and sundry issues.

1. There have been grapevine stories that you plan to run for an office in 2019. Is it true?

Yes, it is true. By the grace of God, I want to represent my people, the people of Central Senatorial District in 2019.

2. Why your interest in politics at this time?

The constitution of the Federal Republic of Nigeria accords enormous power on political leadership and, of necessity, grants political leaders immense discretion to use it. Politicians wield enormous power which if used judiciously, can help transform our society and make it a better place. Therefore, my interest in seeking political power is to contribute to making our society a better place by deploying my competence and integrity in exercising the authority that political power offers. Leaders who greedily or ineptly use the enormous power at their disposal endanger not only citizens that they represent but also the entire fabric of democracy. In short, the psychology of power of politicians matters enormously. Their ambition, values, and integrity are variables that cannot be overlooked if democratic institutions have to be strengthened. The fate of people, the destinies of nations, and history itself are determined to a substantial extent by how well political leaders perform.

3. Why Senate, why not a lesser office?

Good question. Well, in answering your question, I think it is important to make the point that all offices of service are important, whether it is councillorship or House of Assembly or House of Representatives. Sometimes, providence determines which office one goes for and this is exactly what has played up in my case. My interest in senatorial election is just providential.

The other point I want to make is that, Central Senatorial District requires, at this time, the experience and competences of someone who has capacity and willpower to harness the extremely rich natural and human endowments of the district through visionary legislative leadership. Without risking any immodesty, I see myself as fitting that bill.

4. Why makes you think you “fit the bill” in your words?

I have been asked that question countless times. Maybe, I should quickly take you through the trajectory of my political history. I have been engaged in the political ecosystem since 1993. That year, I had resigned from the Nigerian Chronicle to enable me run for the chairmanship of Yakurr local government council. We were in the middle of campaign when Abacha and his junta staged a coup and that numbed my infant interest in elective politics.

Thereafter, I decided to focus on developing my young publishing business. In 1999, that is, 19 years ago, I relocated from Lagos to Calabar decidedly to be closer home with the intention to explore more political and business opportunities in this young and Virgin democracy. The opportunity I saw was in the media landscape. I partnered with Mr. Ben Arikpo to publish a weekly community newspaper called The Mandate. The paper’s goal was to engender public participation in governance by providing an opportunity for the common man in the street to freely express themselves, ask questions, and contribute ideas on how government should be run. This is because democracy and free speech go together. We eventually buckled down due to harsh economic realities due to the almost non-existent advertising culture in Calabar.

By 2005, we also published a monthly lifestyle magazine that sought to promote the terrestrial and aquatic splendour of the State by focusing on the scenic beauty of the state, creative wizardry and corresponding peculiar milestones and accomplishments of Cross Riverians and those living in Cross River State, as well as promote the rich cultural heritage of the state. I ran the magazine until Governor Duke offered me appointment as Special Assistant. These opportunities helped me to traverse the state to know its peculiar challenges and huge endowments.

The tutelage I received watching Imoke and Duke from close quarters do things, listening to the depth of their reasoning each time they speak, the charm and charisma they exude, and the gubernatorial ambience around them are great lessons that Lagos Business School or even Harvard Business School can never give to anyone interested in political leadership. This is what I have come into the senatorial race with.

5. How bright are your chances in this race given the heavyweights that we hear are also running for the same office?

My chances are in the hands of God. People may consider me the underdog in the race but surprises will occur. You know life is about God. Everyone that has ever achieved anything in life including politicians that win election, is purely by the grace of God. So, if it pleases Him, I will be the next senator representing Cross River Central. So to answer your question directly, I am in the race to win but I am not afraid of failure should that be the outcome

6. There are all kinds of assumptions about what is giving you the confidence to come out. Some allege there is a god father somewhere

Without meaning to be impolite, let me cut you short there. God is the confidence I have. God makes the difference, my brother. All power belongs to God and He gives to those He wills. The other point is that am not really running against anybody in the real sense of the word that is why I am not afraid of anybody. I have a senatorial vision which I am selling to the people of central senatorial district. If they buy into it, fine. If not, I’ll repackage it in a better way next time or they may understand the vision better. Talking about godfatherism, I don’t have one but do have a variety of people supporting this cause: rich, poor, normal, young, old, men and women.

7. What difference would you make in the senate?

We will offer qualitative legislative leadership to our people, I deliberately and consciously use the word, we, because the leadership we will provide will not center on only one person, in this case, me. No, it will be a leadership that the people will play a pivotal role in. I will engage with and consult the people directly through variety of channels including but not restricted to Town Hall meetings. These meetings will help shape the legislative agenda that we will be pursuing. We deliberately wish to adopt the principle of bottom-up approach in our legislative leadership to accentuate the voices of the people that have been muffled over a time. We will ensure that the legislations that we will initiate and the ones we will support in the National Assembly are those that the people want.

Right now, we are facilitating the convergence of thoughts and ideas in a living document that will capture the aspirations of the people of the Central Senatorial District. I am not coming with the attitude that I-know-it-all. Truth is that I do not know much and need to learn and work with everyone that has a value-adding idea. I see myself as the messenger to go and deliver whatever the people say they want delivered.