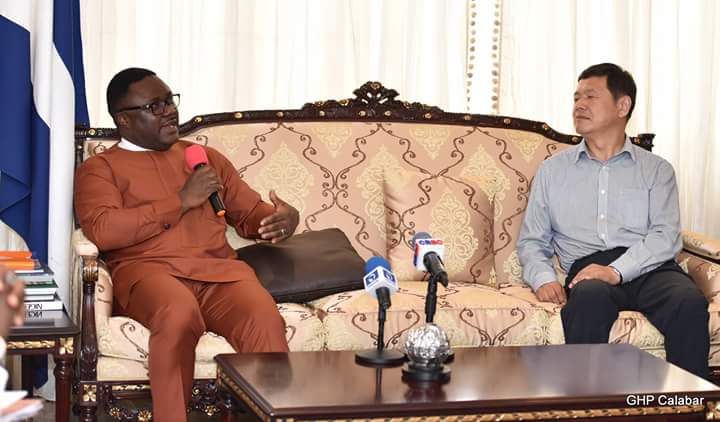 In line with plans of the federal government to diversify the country’s economy from oil, the Wuhan Longfecund Agricultural Development Company Ltd., has initiated plans to set up a feed mill and maize farm in areas of Cross River State.

Speaking during a curtesy call on the governor of the state professor Ben Ayade at the government house in calabar, Chairman of the Company, Yongsheng Cao,  through an interpreter said: “I am happy to be in Calabar and indeed, Nigeria, to set up a feedmill and a maize farm. Cross River State and China share same topography and land fit for such production.”

he mentioned that the company’s preference will be on sweet corn as the topography of the target areas such as Obubra, Akamkpa and uyanga for setting up the feed mill and maize farms from soil samples would ensure maximum production of sweet corn. investment in the project would be to the tune of $8 million.

Governor Ayade, urging the firm to start development as soon as possible said: “Cross River State is expanding the horizon in agriculture and taking a leap into agricultural phase to ensure a leading direction,”

“we must focus on maize because other than producing feeds, one of the particular species we are going to grow here which is sweet corn, is to provide Gluck syrup.”
Saying that this collaboration  is a reproduction of the true history of Nigeria’s natural wealth in agriculture and in no time sweet corn would be an export produce of the state and by extension the nation.

In the words of the governor: “the partnership between the Cross River State government and the maize centre in China will provide the state with a first class knowledge, first class technology, first class farming and first class mill, as all sweet corns used in our salads were imported.”