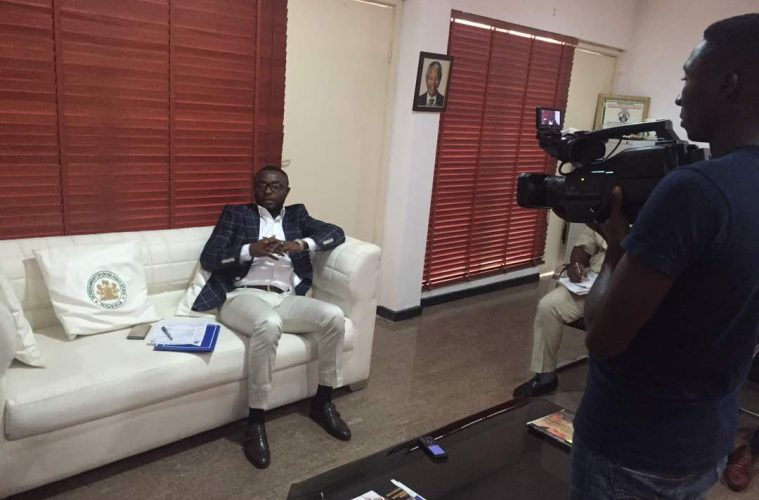 This was made known while briefing a handful of guests particularly student groups who paid him courtesy visits at his office on Thursday in Calabar.

Comrade Okang disclosed that Cross River State Executive Council has given express approval for the release of 109 million naira counterpart fund to compliment the 450 million naira already paid into the state government’s account by the World Bank to kick start the programme. Receiving an award from the Faculty of Arts Students Association of the University of Calabar (FASA UNICAL) presented by her president, Comr Ime Prosper

According to the Commissioner, the YESSO scheme will kick off in September this year in line with Governor Ben Ayade’s commitment to help eradicate poverty at the grass root level by addressing the high rate of youth unemployment in the state.

“It doesn’t take your entire day or academics, it’s for young people to meet their basic needs to avoid the core dryness that gives rise to social vices” Said Okang.

See more pictures from the courtesy visits below; Receiving the Association of Institute of Public Policy and Administration Students of the University of Calabar (AIPPAS UNICAL) led by her president, Comr Francis Ogbaj