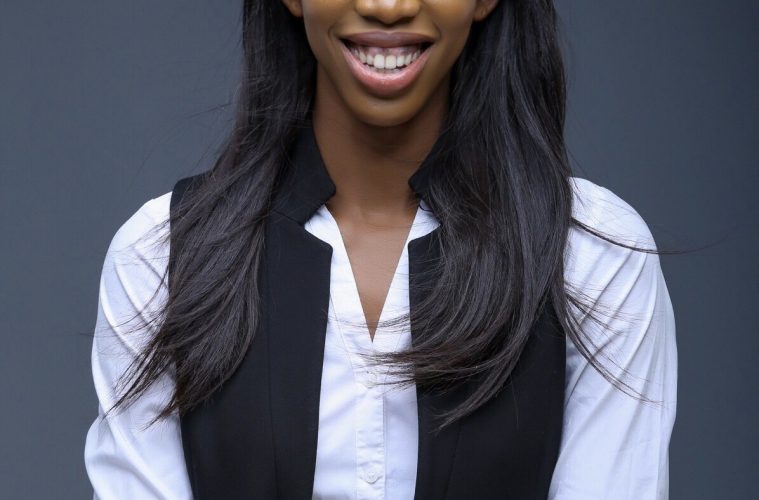 Nela Duke may have a background in International Relations but her passion lies with the environment. She is chief executive of the Obudu Conservation Centre, a not-for-profit non-governmental organisation dedicated to protecting, educating and restoring the wildlife and wild lands on the Obudu region and the surrounding Cross River National Park. The Centre, situated amidst several mountain ranges and spectacular rock formations has rolled out initiatives like the Go for Green campaign to curb the twin demons of poaching and deforestation.

She joins the list of YNaija 10 most powerful names in advocacy in 2018.

For the seventh consecutive year, YNaija brings you its annual ranking of the most powerful young persons under the age of 40 who are getting things done in the hard tasking world of advocacy. From visible spokespersons representing minority communities to environmentalists and health interventionists. 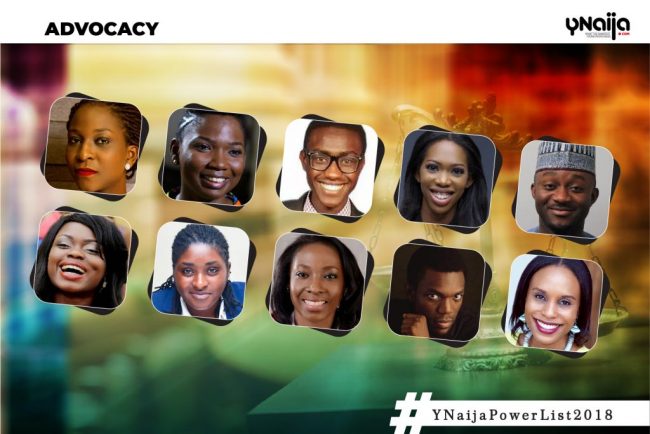 The pioneer coordinator of the Lagos State Domestic and Sexual Violence Response Team (DSVRT) is doing thankless work protecting and supporting victims of assault as they commit to bringing their molesters to justice. A trained lawyer, Vivour-Adeniyi puts her knowledge and experience into protecting women and girls at risk of intimate partner violence. The DSVRT may not be vocal but the impact is undeniable. The DSVRT trust fund supports rehabilitated victims of abuse and has partnered with Airtel Nigeria to create hotlines on which victims could report crime and seek advice on assault and rape free of charge.

There is a wide disparity in the numbers of boys and girls who enrol in science and tech courses in school, and a wider one in actual workspaces. Abisoye Ajayi-Akinfolarin’s Pearls Africa Foundation is here to change or at least tilt this balance of power just a bit. Through various projects like Girls Coding, Empowered Hands, GirlsInSTEM and GC mentors, Pearls Africa empowers girls by tutoring them on functional skills so they able to achieve economic independence at the earliest age. She has been nominated as one of the top 10 CNN heroes of the year, becoming the first Nigerian to be so honoured.

Through the Youth Coalition Against Terrorism (YOCAT), an organisation founded in 2010, Imrana Alhaji Buba has recruited volunteers to help unite Nigerian youth against violent extremism in north-eastern Nigeria. YOCAT was set up as a response to the devastation caused by Boko Haram. YOCAT teaches peace education in schools and villages to weaken the appeal of violent extremism in the North. Buba has been honoured as a young Leader by the Queen of England.

Itodo heads one of Nigeria’s foremost youth think tanks on democratic governance and citizens participation, the Youth Initiative for Advocacy, Growth & Advancement (YIAGA). YIAGA promotes democratic governance and youth participation in Africa through research, capacity development and policy advocacy. Itodo’s excellent groundwork on the #NotTooYoungToRun campaign has not only spawned a global movement recognised by the United Nations but led to tangible results when President Buhari signed into law, the bill encouraging the efforts of young people to participate in politics.

After suffering a devastating rape experience while participating in the National Youth Service Corps (NYSC), Ayodeji Osowobi resolved to play a part in bridging the gap between victims of rape and the services and support required post trauma. In 2013, Osowobi set up the Stand to End Rape (S.T.E.R) Initiative, a youth-led not-for-profit organisation that advocates against sexual violence, provides prevention mechanisms as well as support systems for survivors. On account of her work with S.T.E.R, Owosobi has been selected for the Obama Foundation leaders fellowship as well as the British Council’s Future Leaders Connect.

Pamela Adie runs The Equality Hub, a non-profit organisation working to advance the rights of female sexual minorities in Nigeria through community-building, research, advocacy, and empowerment. Adie has taken her message of inclusion to business leaders at the World Economic Forum in Davos, and in South Africa as part of the Obama Foundation Leaders Program. A budding filmmaker, who believes in the power of film to promote tolerance, Adie recently completed work on her debut documentary, Under the Rainbow.

A self-proclaimed social equity and justice advocate, Serah Makka-Ugbabe is the Nigeria Country Director for the ONE Campaign, an advocacy and campaigning organisation that fights extreme poverty and preventable disease. ONE’s Poverty is Sexist campaign which fights against gender discrimination and for equal opportunity plus the anti-poverty champions program involving a team of volunteers, are just some of the ways that Makka-Ugbabe is delivering on her mandate.

Aside from her day job where she heads up communications for Uber Nigeria, Francesca Uriri is the founder of Leading Ladies Africa, an empowerment startup that celebrates the lives of African women and promotes gender inclusion. Leading Ladies Africa rests on three pillars; leadership, inclusion and diversity. LLA maintains a robust media presence. In partnership with YNaija, LLA publishes the annual 100 Most Inspiring Women list and organises the Running in Heels conference, Power Talk series and the Enterprise and Leadership program.